Finding Jesus in the messy, mundane, and miraculous.

I’ve caught myself multiple times since returning from Uganda saying, “I’ve been meaning to…”

This isn’t new, I know I’ve said it a lot before I went on this trip. But it just wasn’t something we ever really heard when we were there, and so I started to notice it in myself when I came home. Saying, “I’ve been meaning to…” could mean one of two things: You’ve either forgotten, or you’re hesitant to do something.

In my case recently I have found myself in the first camp, although I certainly am queen of the latter. The times recently where I have caught myself have been something along the lines of: “I’ve been meaning to text you/see you/catch up with you” and as nice as that seems it actually implies, “I had a fleeting thought about you and then went on with my day.” Harsh, I know, but we’re here to grow, right? I want to be better.

A main word or theme that I came back from Africa with was intentionality. I saw it everywhere, but I especially saw it in my team of college students. They were so intentional in getting to know each other and me, spending time in conversation with Ugandans, and taking every opportunity they could to talk to someone about Jesus. I was amazed.

And they very well may be that intentional in their lives here in America too – they are amazing people so I wouldn’t doubt it. I, on the other hand, am not as intentional at home as I somehow am in Africa. Maybe it is the lack of access to our demanding “friend” Social Media. Or maybe it is that we raised a lot of money to be in Africa and so we felt a (healthy) accountability for how we spent our time.

Whatever the reason, we didn’t even have the luxury of “Ive been meaning to…”, we just did it. We asked the questions, gave the hugs, and lingered around the dinner table (usually because it took a few hours to get food for 15 people). We did the hard work and asked the hard questions and examined our hearts.

And then I came home, and found all these distractions. I don’t want my life to be defined by “I’ve been meaning to,” because at some point it turns into “I meant to” and the friendship is gone or the dream has passed and we are much worse for the wear.

Not just, “What is the right thing to do?”, but what decision will move me towards Christlikeness, selflessness, and intentionality? 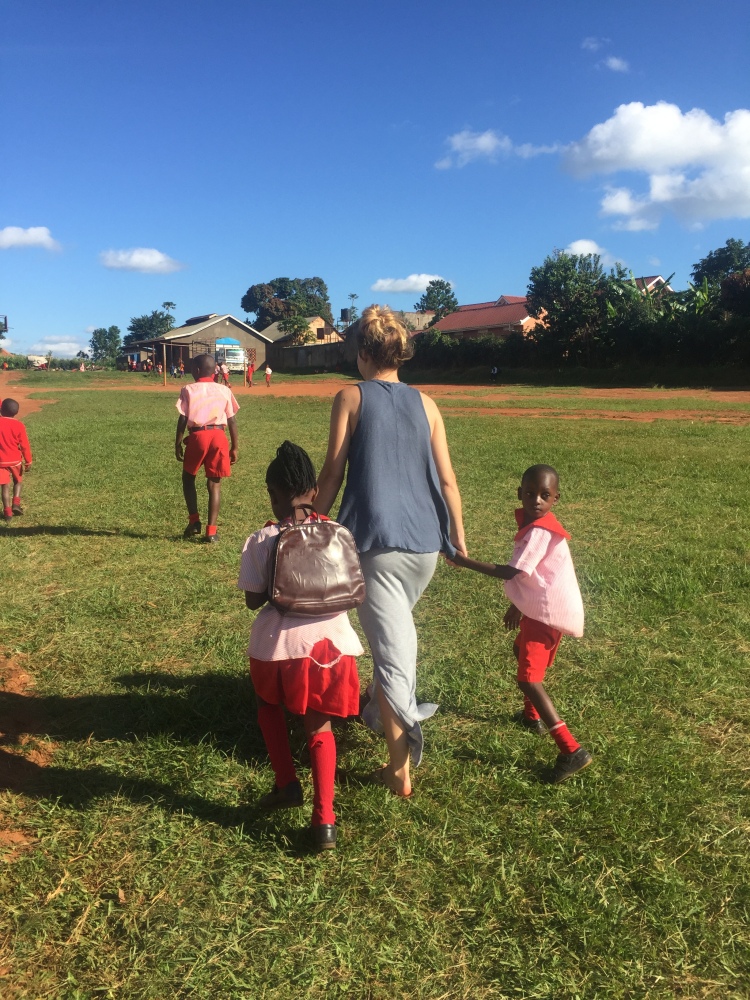 I want to be known as the friend who calls, not just says she will call. The person who shows up – in the hard and the fun, and everything in between. Who remembers when big things are going on in other people’s lives and is not just focused on what is happening in my small world.

I fail at this all the time, but I am more convinced of its importance now than ever. I journaled while in Uganda, “This trip makes me excited to go home and love my people really well. We don’t have to raise a ton of money and fly across the world to love people well.” We can practice intentionality with each other right here and now, in our homes, our offices, our schools, our families, our communities. With our neighbors, church family, the homeless person on the street, and the grocery store employee. There is no shortage of opportunities to be intentional with the beautiful people God has placed all around us. Say yes.

What opportunities do you have this week to be more intentional with the people in your life?
What is something you have “been meaning to” do? Do it!!

I write to process, and sometimes send those thoughts out into the void. Passionate about Jesus and people and bringing those two together. Living in and loving Denver. Working with college students, who are the coolest. Seeking Jesus and JOY in everything.